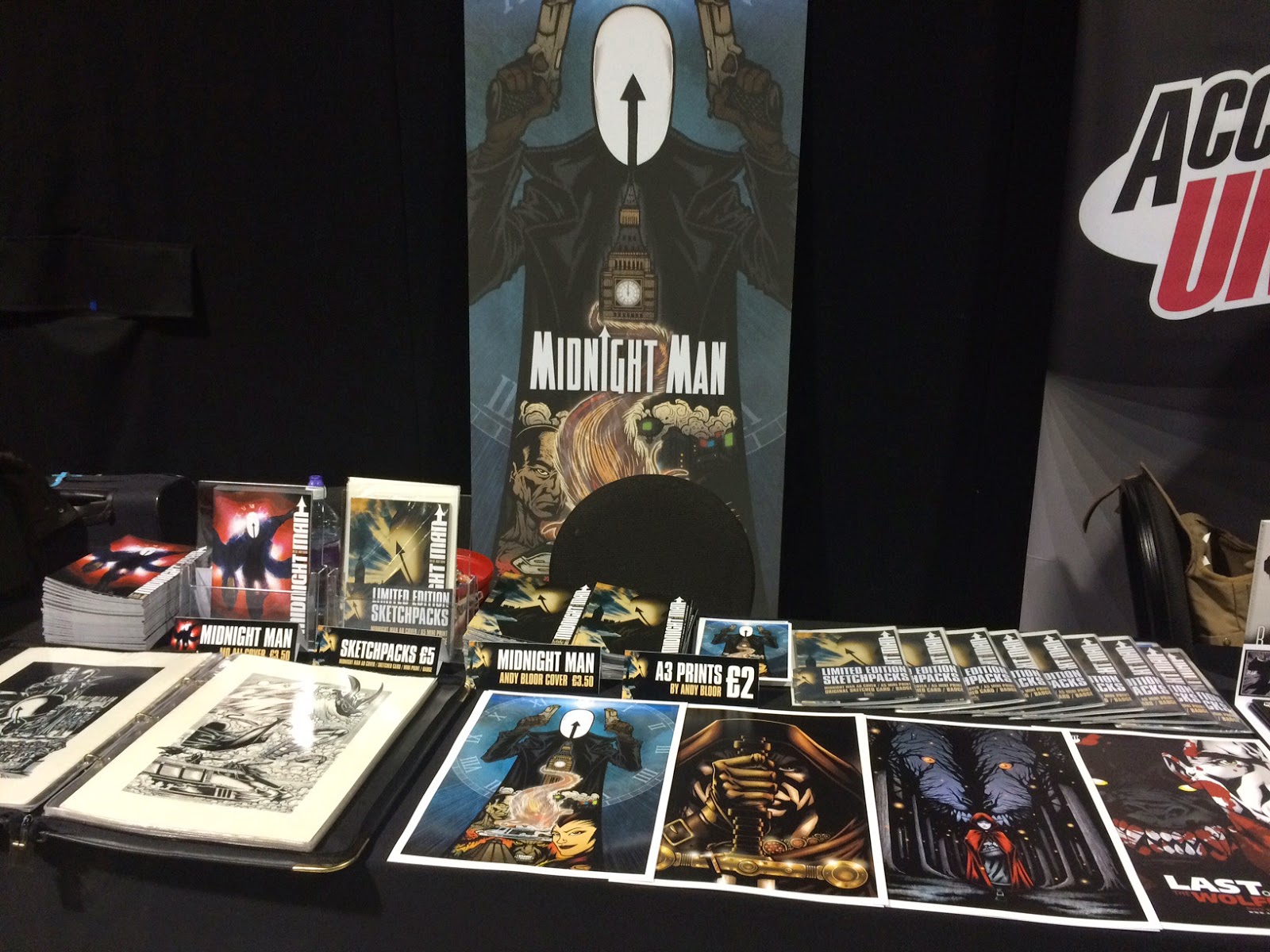 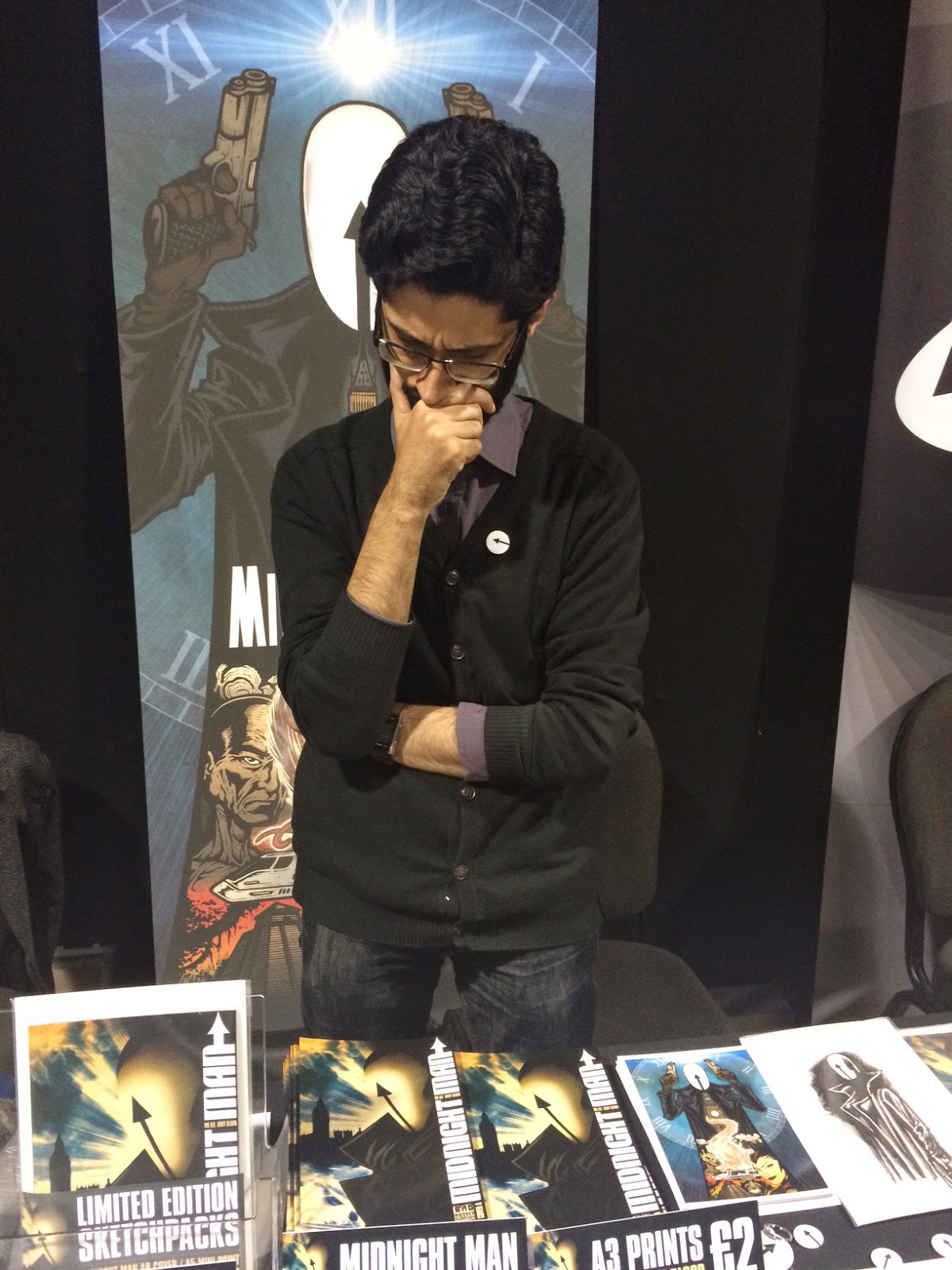 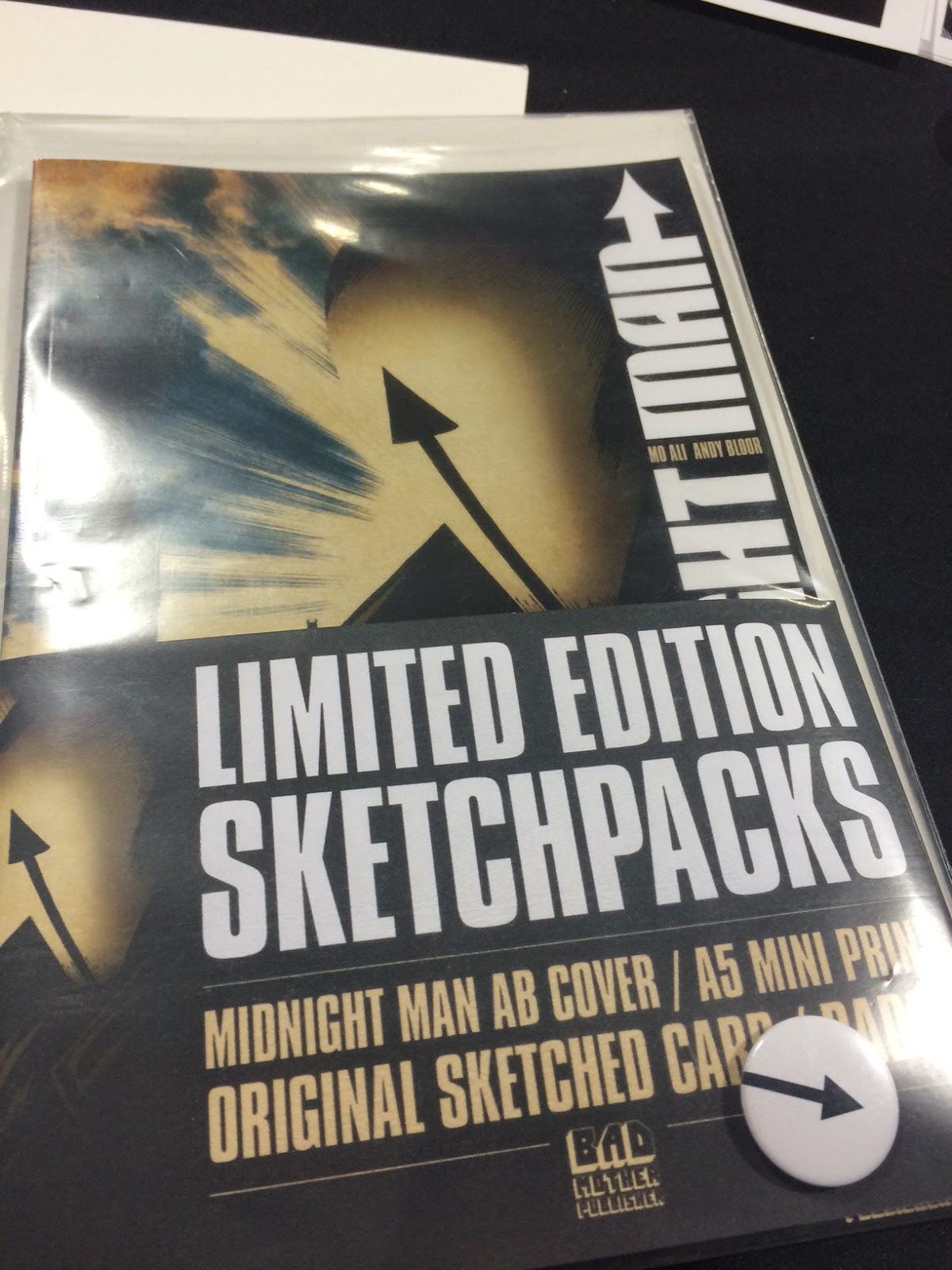 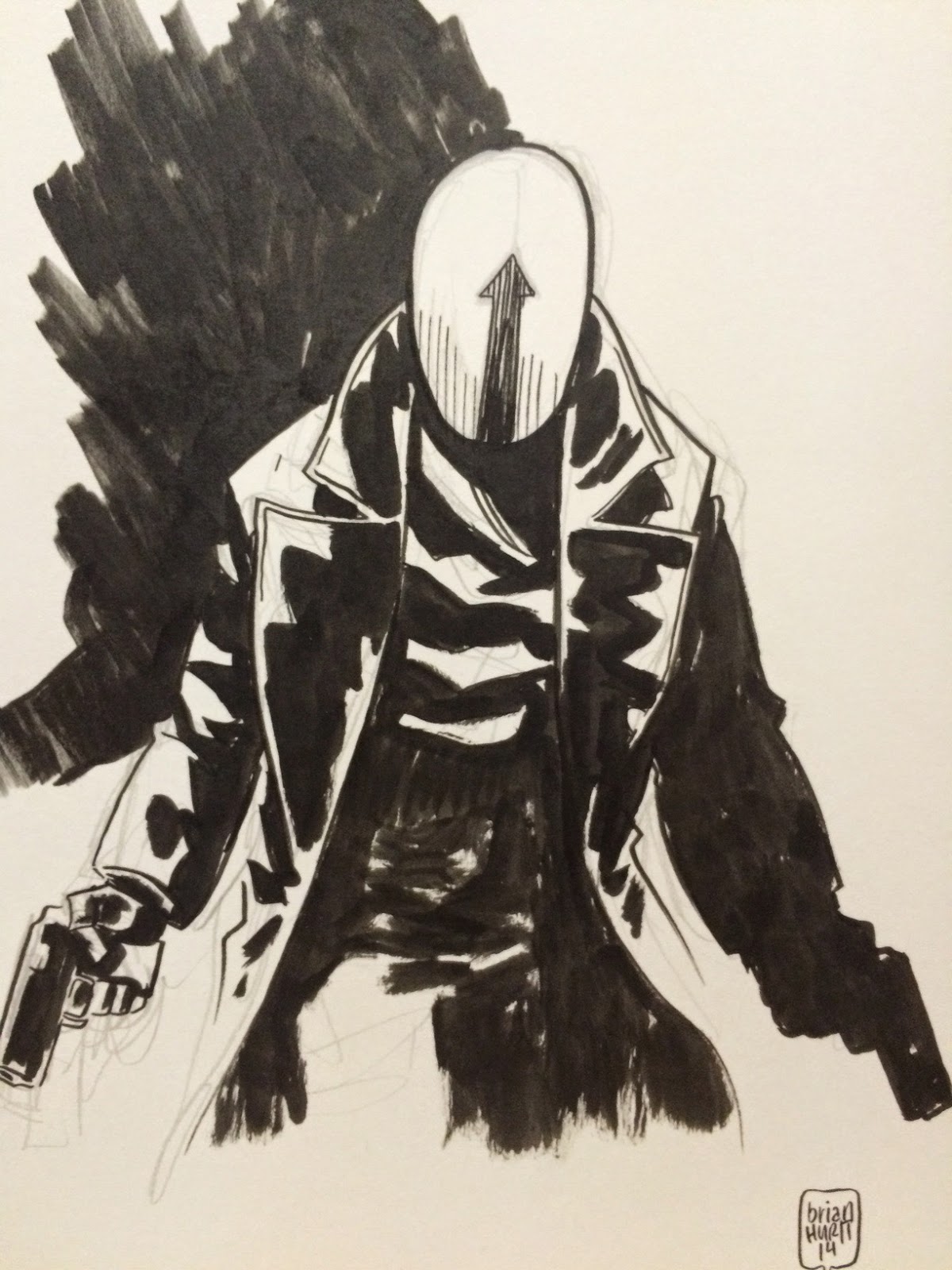 Yes I know it's now 2015 but I realised I've forgotten to write an obligatory review of my first time exhibiting as a creator at any comic show, let alone the premier event in the UK, Thought Bubble.

It was a bit of whirlwind in all honesty, not helped by my printer seriously letting me down (the day before the show) and faced with the prospect of virtually no stock to sell over the 2 days, I considered not going at all. But through some terse emails and a very stressful Friday night I managed to get more stock and decided to go after all. And I'm glad I did.

Sadly I cancelled my hotel room earlier (due to possible lack of stock issues) so I was faced with driving there and back both days. Again a pity but if I go again, I will definitely make sure I stay over.

I got there on the Saturday in good time, registered at the venue (very well organised as Thought Bubble always is) and set about setting up. Sadly the tablecloth I had was too small, but luckily my tablemates at Accent UK had a spare and I was able to use theirs.

I had to wait until at least 9.30am before the printer showed up with the stock (delivering it to the venue is not ideal as this is the first time you will see it) and I have to admit it was fairly awkward and wasn't the best start to the day.

When the con started, it soon got incredibly busy and I had very good sales on the first day.

People liked the character, liked the look of the book (some liked both, and still didn't buy a copy!) and the limited sketchpacks I did went down a storm, so much so that I was making up new ones as the day went on! The shameless 'variant cover' we did went down well too, some preferred mine, some Mo's. Added some nice variety to the table.

It was great to meet old friends, and new ones. Accent UK (Dave, Colin and Colin's son, Scott) I've known for a while now, and it was great to have friendly faces there to chat too (and also to help man your table when you go for a wander or have to heed the call of nature!). Accent launched 2 new books 'Tales of WesterNoir' and 'Stephenson's Robot' which, as with pretty much of Accent's books, carried my design work on them.

It was great to have my co-creator (and writer) Mo Ali there for the Saturday. Mo got there about 11am after a long journey and settled into the madness of the con quite easily. Mo's pitching of the book to prospective buyers was much better than mine for sure!

I've lost count of the people I met there, some I've met before, some for the first time (mainly talking to them on twitter!) but a quick rundown of those I met were:

Saturday night I was lucky enough to attend the British Comic Awards, as Owen's Raygun Roads book was rightly nominated for Best British Comic, and as I had done the design work on it I was able to attend and was really quite honoured! We didn't win sadly, but no shame in losing out to The Wicked + The Divine by comicbook A listers Kieron Gillen and Jamie McKelvie. Well done guys!

Sunday was more of the same, slow start but sales were solid during the day, I popped off my table a few times to get a sketch from Brian Hurtt, the artist of Oni Press' The Sixth Gun comic (seriously good stuff, check it out).

I've loved Brian's work for years and he was very accomodating and generous and as I was manning a table I couldn't stay in the queue, so he graciously said he'd do me a sketch after he had cleared the others. I felt very bad for continuing to bother him during the afternoon, but it wasn't until the show was over, and we were packing up that I got my sketch and was over the moon with it. My first Midnight Man fan art :-)

Sunday peetered out as most people had gone before the end but all in all it was a great, if tiring weekend. Wished I'd stayed over, but the events of the Friday (and faced with virtually no stock to sell scuppered that) so it wasn't the disaster it could have been, so in that respect I was more than happy.

I've since sold all my remaining first print copies of Midnight Man, some to shops, some online. Not bad going really to clear so many books so quickly!

It was good to finally get the book out there, and in people's hands.

Will this mean more Midnight Man in the future?

Only time will tell...