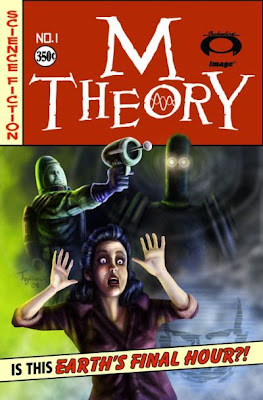 Friend of Accent UK, Dwight MacPherson, has a new book coming out later in the year from Image/Shadowline called 'M Theory'. I was lucky enough to have done a logo for the comic in its early days - I was quite stunned to see they're using my logo for the actual book! Thanks Dwight!
Dwight's also contributing a tale for the next anthology 'Western' and has his book 'The Surreal Adventures of Edgar Allan Poe' nominated for an Eagle Award. Best of luck to you Dwight.
Dwight's Blog
Posted by Andy Bloor at 06:44