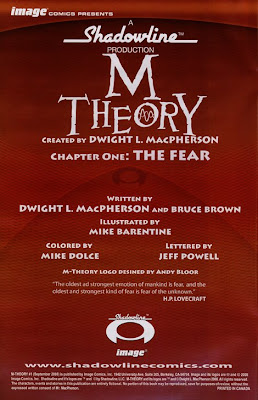 Yes, I do know I spelt that wrong, shame whoever checked over M-Theory 1 (out now from Image Comics and finer comic stores worldwide) didn't realise that either!
Still, very cool to see my name in the book... it's a good read and I recommend you pick it up and make us all a lot of money :-)
Posted by Andy Bloor at 02:01 No comments: 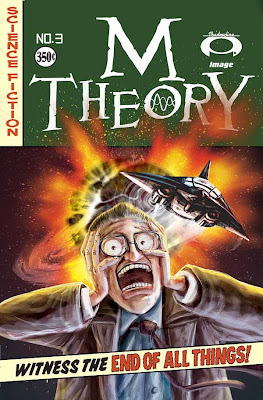 A quick heads up to those interested that Dwight's M Theory comic is out this week.
It may only be a logo but my first work in an Image comic is quite a big deal for me... so I'm pretty excited by it. Posted above is the cover for issue 3.
I've recently done another logo for Dwight... hopefully we'll get to collaborate properly on a book sometime soon.
Posted by Andy Bloor at 04:51 No comments:

I'll be putting more stuff up here, like design work and logos as that's what I do for a living... comics are just the hobby.
Here's a logo I did for a new price comparison site 'Price Devil'.
Looking for a bargain DVD, CD or game... then check the site out!
Price Devil
Posted by Andy Bloor at 08:37 No comments: 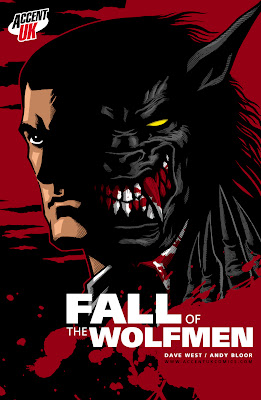 Here is the final cover art for Fall of the Wolfmen... wasn't planning on doing the cover so soon but a quick doodle turned into this and it just looked right.
Dave agrees so this is the one... and also for me personally the text positioning (and the blood splat) are the same as book one - to make them nice and uniform when places together.
Right... better get the book finished then :)
Posted by Andy Bloor at 01:44 No comments:

Birmingham Comics Show and other titbits...

Been a bit quiet blogging lately due to being very busy as ever!
I'm off to the Birmingham Comics Show on 2nd & 3rd October with the Accent Uk guys so that should be fun. Birmingham was my first ever comic con last year... and now I know what to expect... same venue as last year too so I shouldn't get too lost on the way there.
I've nothing new to bring to it, except ROBOTS which is still quite new... and hopefully we can sell some more of those to folk who perhaps didn't make it to Bristol earlier in the year.
We're also planning to attend the grand opening of the new Whatever Comics shop in Canterbury on the 18th October. A fair trek for sure (although Dave's offered to drive!) and normally we wouldn't even consider it but Manny - the shop owner - has been such a good supporter of Accent UK books and mentions them at every opportunity it would be nice to go there even if it's just to say 'thanks'. I'm doing a little postcard for the event too.
Work continues on Wolfmen 2... infact I've just done the cover this week. It wasn't planned - it just grew out of a little sketch while bored at work. It works pretty well so will post that up soon.
Dave and I have also decided on out next project after Wolfmen... whether this appears before Wolfmen 3 (the final part of the trilogy) or after remains to be seen. I'm quite excited by it as it's one of my old mini comics that I did a few years ago... watch this space.
Posted by Andy Bloor at 02:51 No comments: