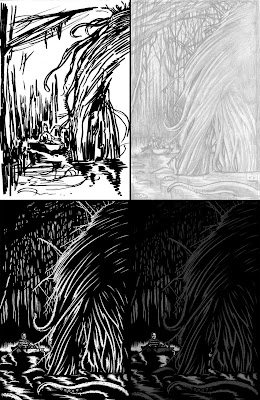 Finally recovering from the dreaded sickness bug so thought it time for a quick update.
Last week I was lucky to be asked to do a pinup for an American anthology called '8am' put together by the guys from the tales from the parents basement website with a little help from Mr. Dave West as well. They've been big supporters of Accent UK on their podcasts and both Dave and Marleen Lowe have contributed a new "Whatever Happened To The World's Fastest Man' prequel story inside (which I can't wait to see!!). Each of the stories inside has a pinup by a different artist so I was asked to do one but it had to be done pretty quicky!
Here is my original little doodle - to quick pencils to quick (for me) inks and tones. All in all I'm fairly happy with the end product. Righto back to Wolfmen!
Posted by Andy Bloor at 06:24 3 comments: 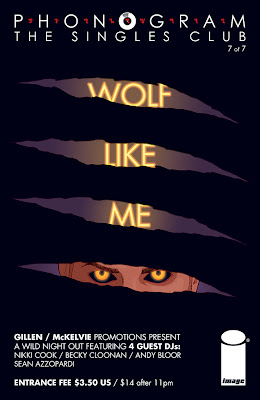 Kieron has just put up the cover to issue 7, the final part of the superb 'The Singles Club'.
Obviously I'm biased, but PG is a superb book, probably one of the best titles to come out in recent years and I was lucky to be asked to take part in it. My little 2-pager is in this very issue - the final one - alongside people much more talented than myself.
I've had a sneak peek at the whole issue and it's excellent... comes out early February I think.
My pages were done way back in November 2008... so I hope they still look half decent.
The trade collection comes out very soon after which I expect to be a very good seller (and an opportunity for Kieron and Jamie to actually make some money on the series!) but none of the extra 'b-sides' will be in the book. They are for the people who bought the single issues. 'The Singles Club'... definately!
Posted by Andy Bloor at 01:44 1 comment: 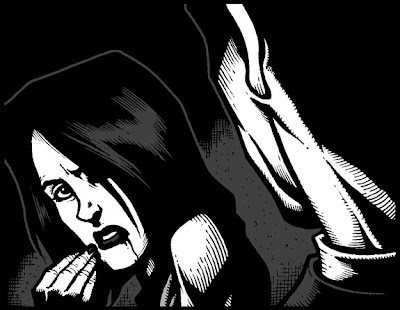 Just finished another page, here is a little panel from that page, can't explain much of what's going on, once you read the book it will all become clear.
Hoping for a productive week, but can't do any inking tonight as I've no printed out pencils to ink until tomorrow so I'm going to pencil my pinup for Predators tonight. First bit of real drawing I've done for a while so hope it goes ok.
More soon.
Posted by Andy Bloor at 09:23 3 comments:

Another one bites the dust... 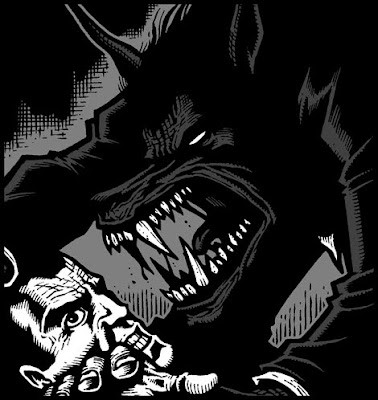 Another page that is... getting back into it and although there's still some way to go I can see the finishing line. It's in the distance... if I squint I can see it... somewhere :-)
This panel is not from that page as I don't want to give too much away, but from a much earlier one... and it has a werewolf on it which is much more exciting!
Posted by Andy Bloor at 08:54 6 comments:

I'm not sure it is really but this is the year that I finally get this book out!
It's been a struggle at times when the boys were born, and if I'm honest I haven't enjoyed doing it very much but I will be very happy when it's all done and 'out there'.
I'm not going straight into the third book for a while as I need a break - been drawing the same thing for probably 5 years now and I desperately need a change. Got a few bits and pieces to do after I finish it and then it's off to pastures new.
Oh and immensely looking forward to Phonogram: The Singles Club 7 which has my little 2 pages in it. Busy year ahead, best get cracking!!
Happy new year everyone!
Posted by Andy Bloor at 04:42 3 comments: