Rough doodle for a possible new project.
Posted by Andy Bloor at 07:17 No comments: 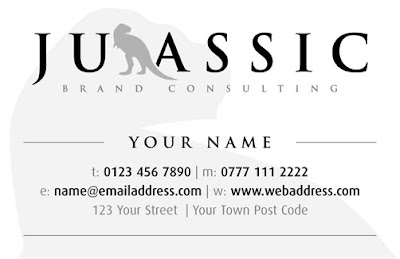 As I do design work for a living, I've become a bit of a specialist with custom logo designs, and have done numerous designs over the years for some customers who keep coming back to me, so they must like what they get. I also do the 'full design service' for some, which includes letterheads, business cards etc.
This recent job was from a kind soul who contacted me on twitter. His company is called 'Jurassic' and he has a fondness for our dino friends. After a few designs, he settled on this one, which later became a business card too, which I've added here.
Posted by Andy Bloor at 03:41 2 comments:

Last of the Wolfmen cover idea... 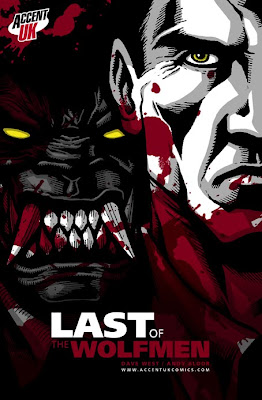 Now I haven't actually decided if I'm going to do this book, mainly as I don't have much spare time these days... I might do one of two shorter books with Dave West first that we're developing at the moment, but again this depends if I have the creative urge to draw a full book again. I may decide to concentrate just on the design side for Accent UK and do the odd pinup, I haven't decided yet.
This visual above was taken from a drawing I never used for a promo piece for 'Fall of the Wolfmen', so I had a go at a (very) early cover treatment for the third - and final - book 'Last of the Wolfmen.'
Speaking of Wolfmen, after a fantastic Diamond order, copies are now trickling into shops in the UK, Paradox Comics in Dorset have had some copies as has Forbidden Planet in Manchester. I would imagine the US gets theirs in the next week or so. I'm off there myself in a few weeks time, so might pop into a comic store there and see if they ordered it :-)
Posted by Andy Bloor at 08:06 No comments: 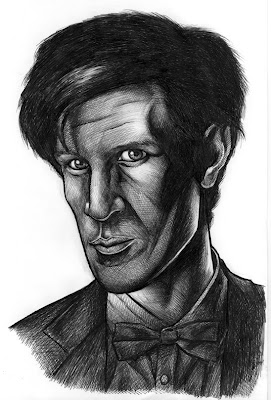 Been a long time since I drew something like this, not that happy with the final thing but there are bits in there I like. Good old biros!!
Good warm up exercise to get the drawing hand (and brain) working ready to start something new though.
Wasn't Matt Smith just brilliant as The Doctor though, by far and away the best of the new 'Whos'.
Posted by Andy Bloor at 10:39 No comments: