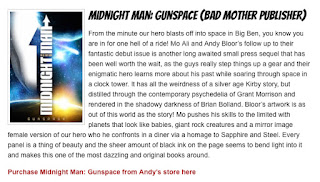 There is a vote to decide the overall winner, which you can vote for us here (if you like)!
Posted by Andy Bloor at 09:20